Discoperi among other 11 startups has been selected to join MTS 5G Center in Moscow, Russia. Discoperi will elaborate a possibility of applying City AI product (in particular, for traffic management, stolen vehicles identification and traffic safety improvement, etc.) for the existing and new 5G infrastructure, deployed by MTS on its core markets: Russia, Armenia and Belorussia.

“We understand that the problems, which City AI helps to deal with, are worldwide known problems and absolute majority of municipalities face them. A smooth deployment of City AI product on a particular market is possible only if we have a strong local partner, who supports us and helps to build a lasting local presence. MTS is a perfect example of such a partner and we hope we would build a very productive cooperation” – Alex Bondarenko, Founder & Chairman of Discoperi.

BFA offers two tracks for perspective automotive companies: acceleration (early stage) and consolidation (more advanced). Having a strong track-record over past years, Discoperi has been selected for the Consolidation stage of the program.
“After a full year of strong progress, BFA seems like the next big boost for us. Vigo is the heart of automotive R&D in EU, which will open for us many doors to the right expertise, partners and community. It’s a great honour and opportunity for us” – Alex Bondarenko, Founder & Chairman of Discoperi. 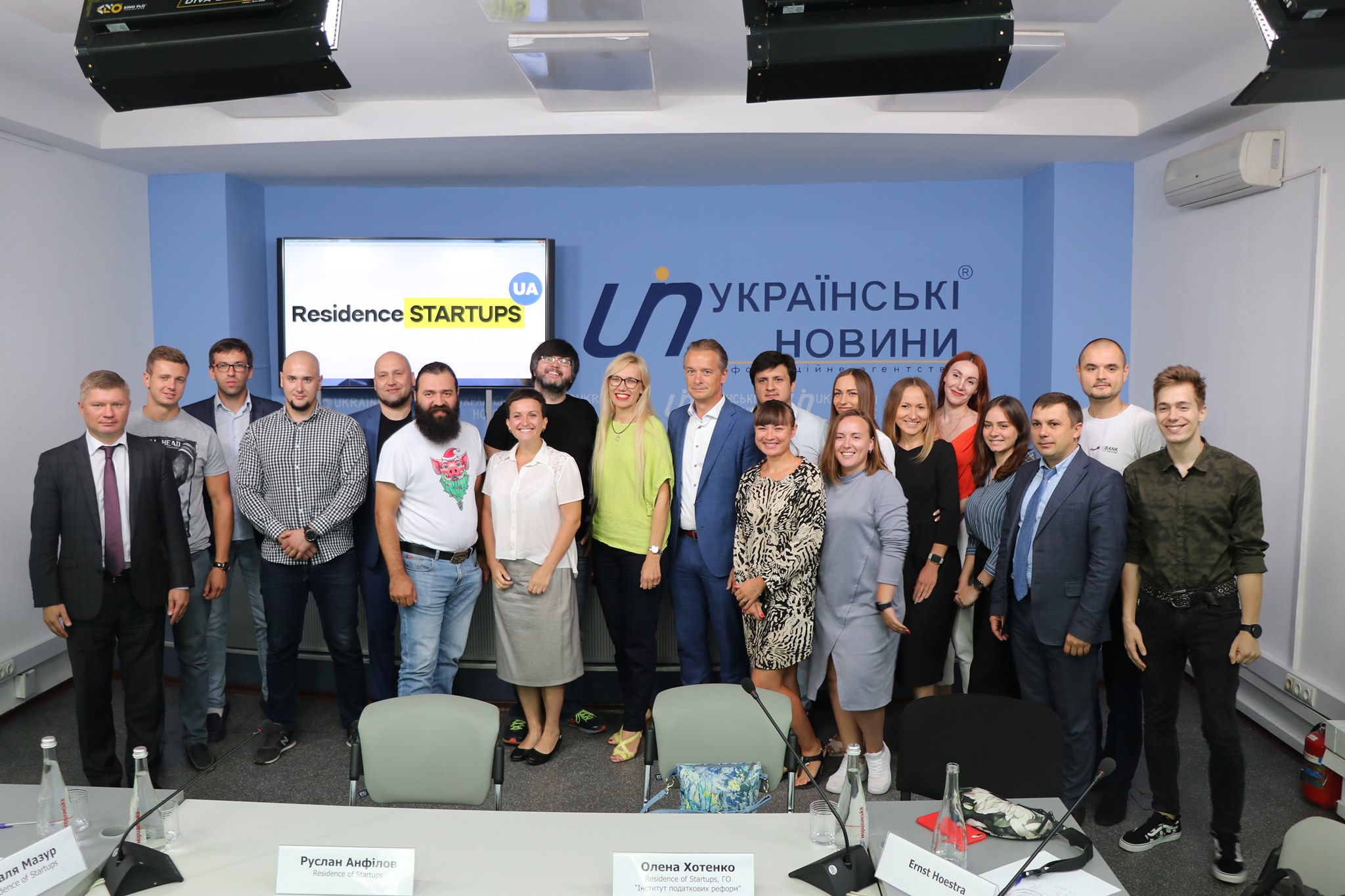 Founder & Chairman of Discoperi, Alex Bondarenko, together with Interim-CFO, Ernst Hoestra, participated in the round table dedicated to building startups ecosystem in Ukraine, organized by Residence of Startups and Institute of tax reforms of Ukraine. Among others, Ministry of Economic Development and Trade of Ukraine, The State Finance Institution for Innovations of Ukraine and several other startups participated in this event and shared their opinion on how to stimulate startup environment within the country. Mr. Hoestra shared his opinion on how to build up an ecosystem, coming from his previous experience at Startupbootcamp Amsterdam, while mr. Bondarenko shared experience on Discoperi as a leading startups with Ukrainian roots. 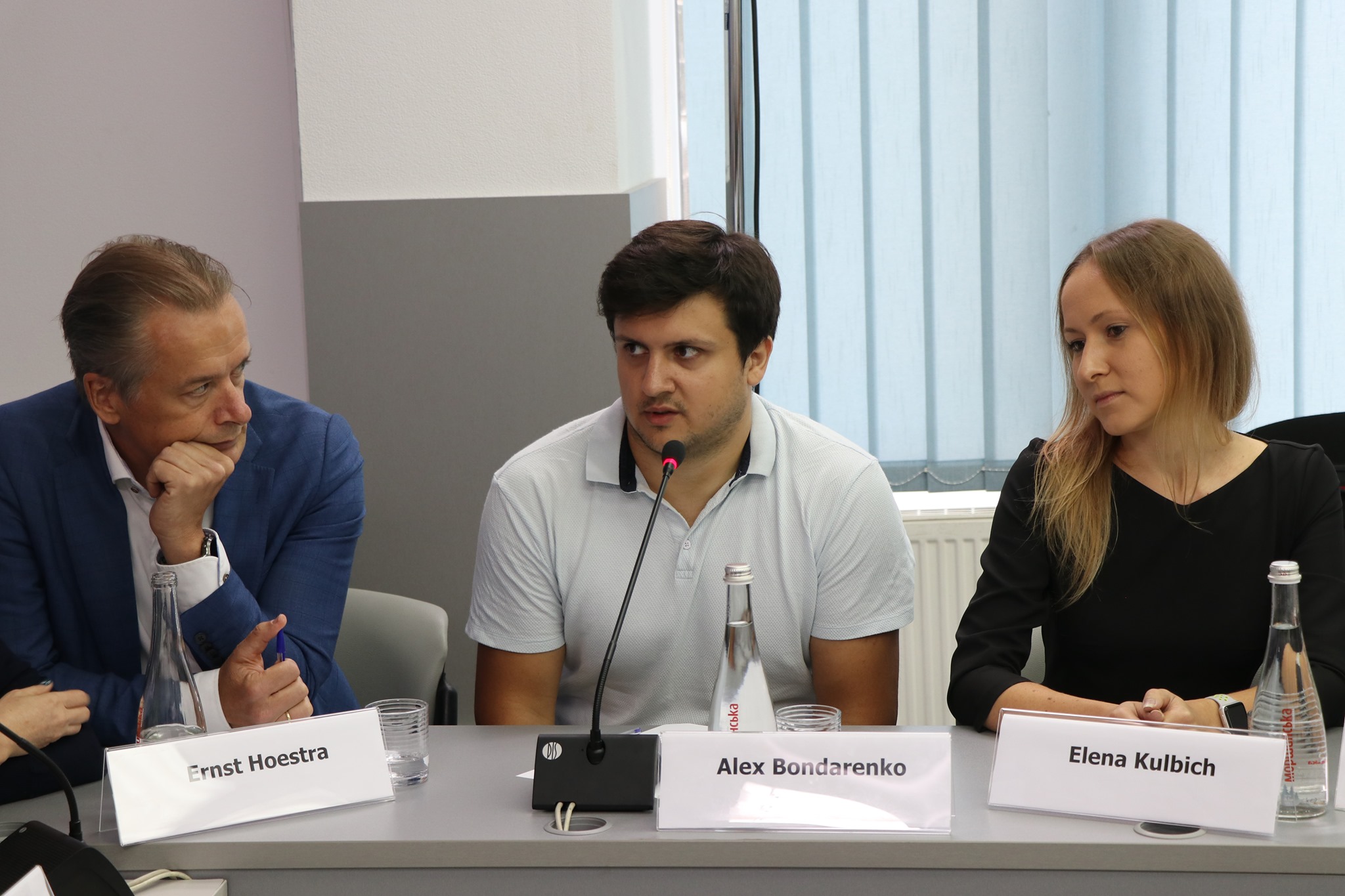 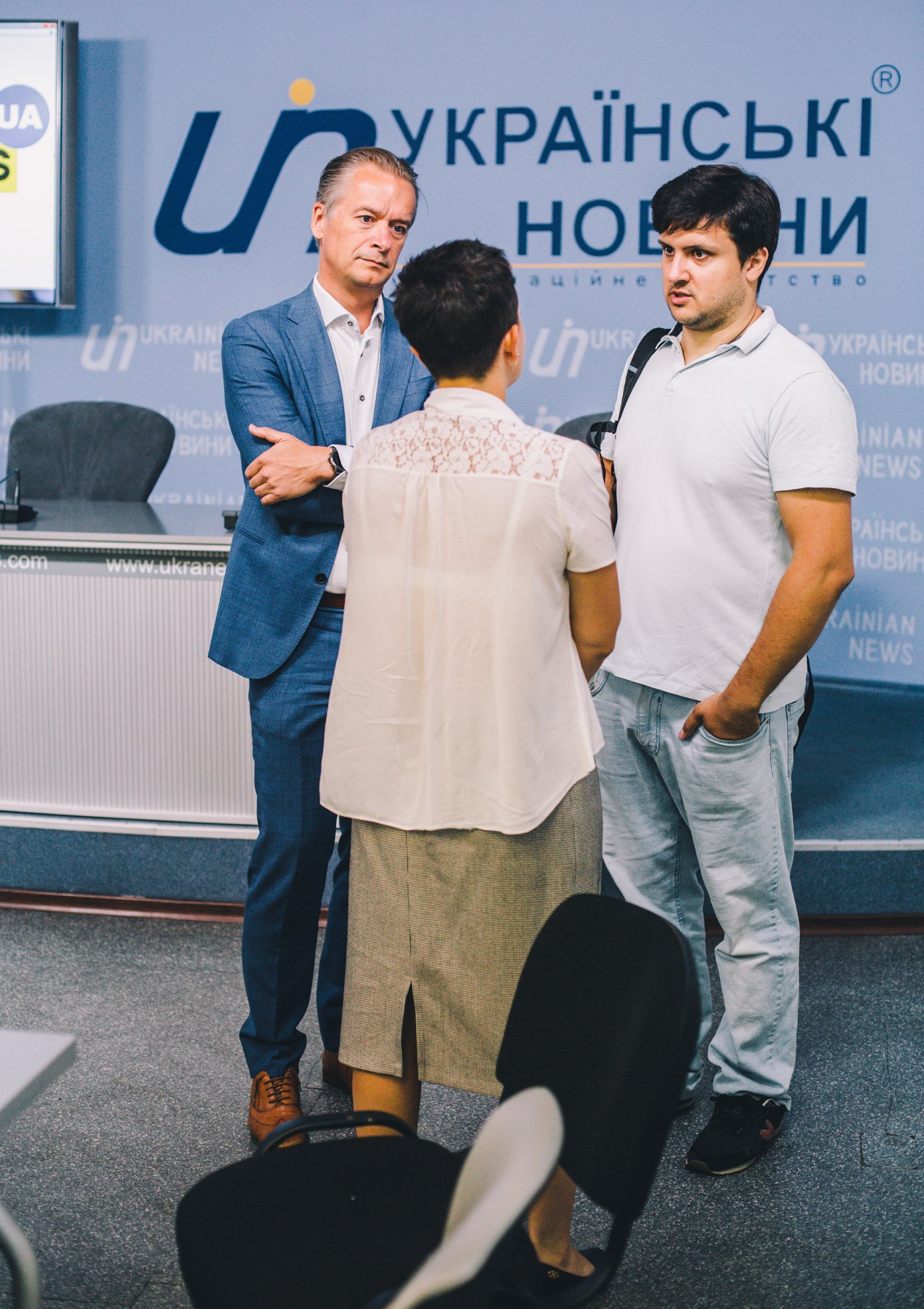 Today we have a great news. СITY AI, a product fully internally developed and designed by Discoperi has been listed on Microsoft Azure Marketplace. CITY AI is a set of neural networks and algorithms, developed by Discoperi, with a purpose to help governments, municipalities, road management operators, parking operators, airport operators with optimization of their transportation infrastructure, lowering congestion and improving mobility experience and safety of citizens and clients.

“We are very happy that after the last 6 months this process has been finalized. I want to say “thank you” to Microsoft team, both from Poland and US, for onbording us and providing us the best-in-class support. And definitely I would like to show “thank you” to Discoperi tech team, which was working on the project within a very limited time. I want to believe that the fact that now largest corporations and municipalities may find us on Azure Marketplace will be, although a small step for a Discoperi, but probably a huge leap for humanity” – Alex Bondarenko, Founder & Chairman of Discoperi.

Although today clients can’t buy the product directly from the marketplace, Discoperi will continue working on the solution and next versions to come soon.

You may find the link to CITY AI on Microsoft Azure Marketplace here: https://azuremarketplace.microsoft.com/en-us/marketplace/apps/discoperi.city_ai?tab=Overview 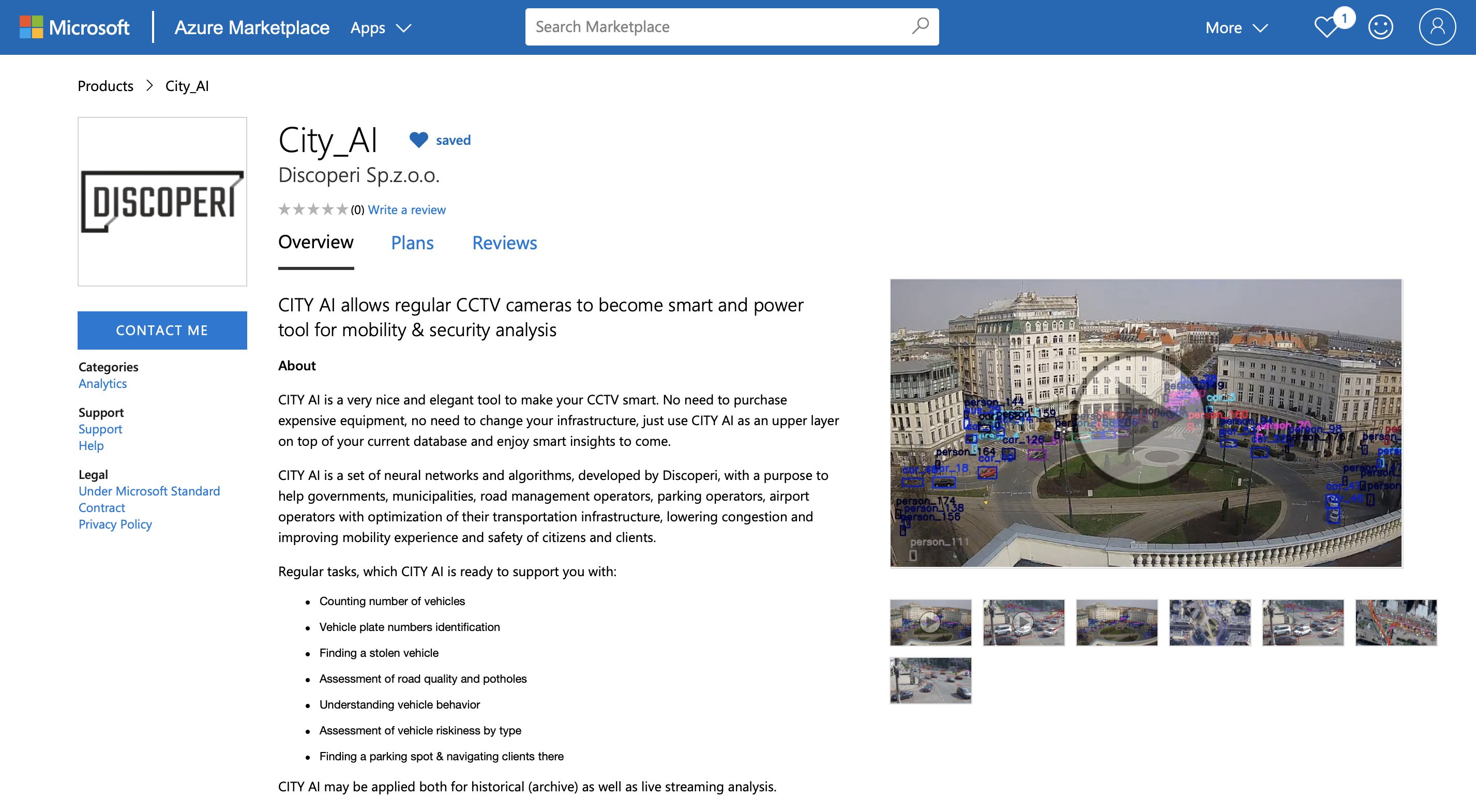 Warsaw, June 2019. Discoperi successfully finished its participation at Startup Hub: Poland Prize acceleration program and won 3rd prize in Batch #1 Demo Day startup competition. As a result of the winning, Discoperi received a prize of PLZ30,000, which company will use for strengthening its presence on local market.

It’s a great pleasure to finish our acceleration program experience with SHP in this way. This means a lot for us. We would like to thank to SHP, PARP, Republic of Poland, Business_link Astoria and PGNIG for this great journey, and personally to Mr. Maciej Sadowski and his entire team for having us in the program and making Poland so closer to us. We are in love with Poland and believe it’s probably the best place to run innovations today in the world. – Alex Bondarenko, Founder & Chairman of Discoperi. 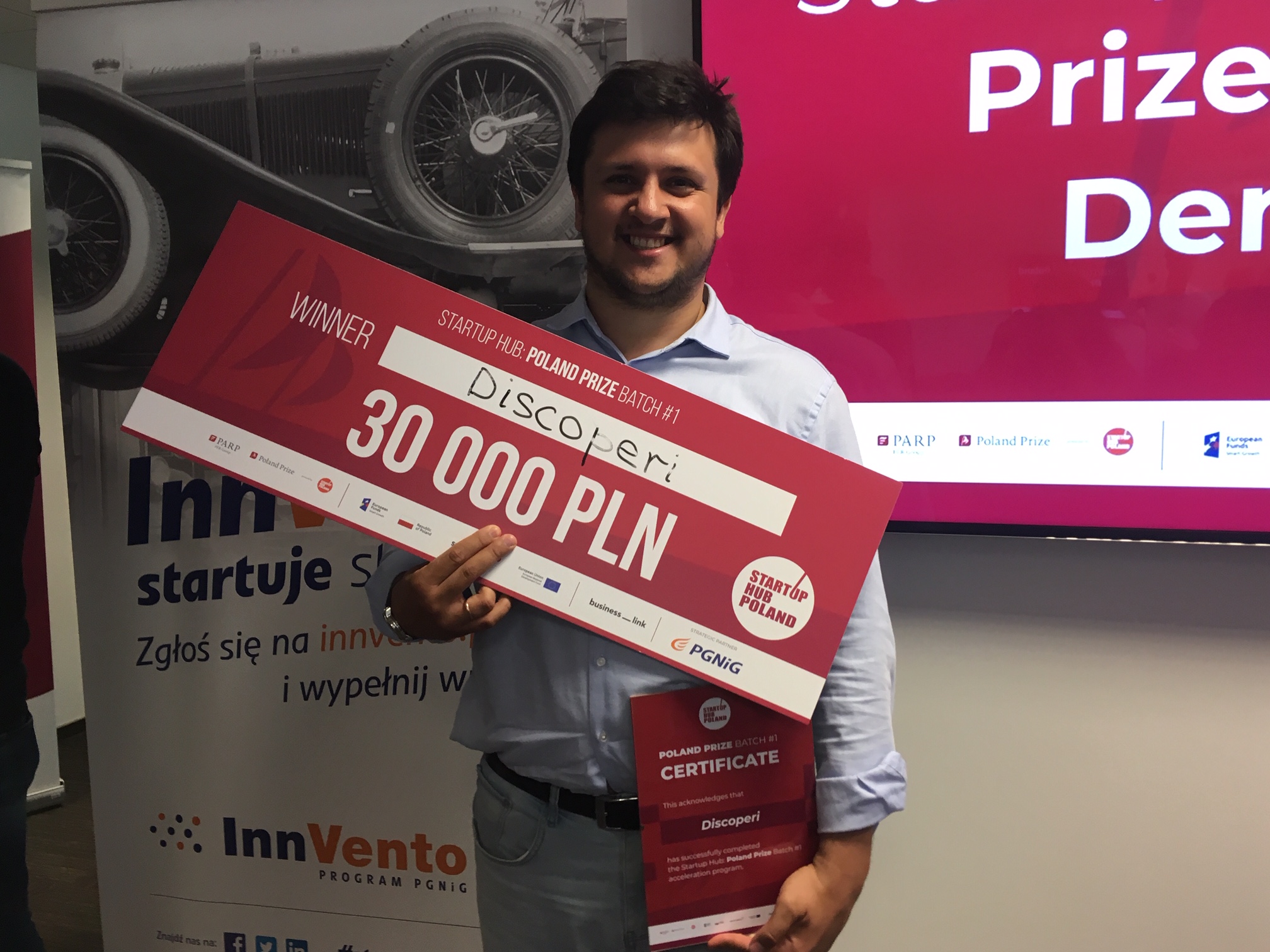 “It is a pleasure to be recognized by a prominent US media, US Business News magazine, as the Best Global Road Safety Technology Company 2018. Apart of the fact of receiving this honorable award, it is also so important for us that it comes from the United States, where more than 37,000 people die annually in road collisions and where we oversee a large demand on our System Eye product. We hope one day we can help Americans to improve safety on their roads and save so many precious lives” – Alex Bondarenko, Founder & CEO of Discoperi.

US Business News is the leading US business magazine with a subscription list of over 175,000 business and professional service providers. 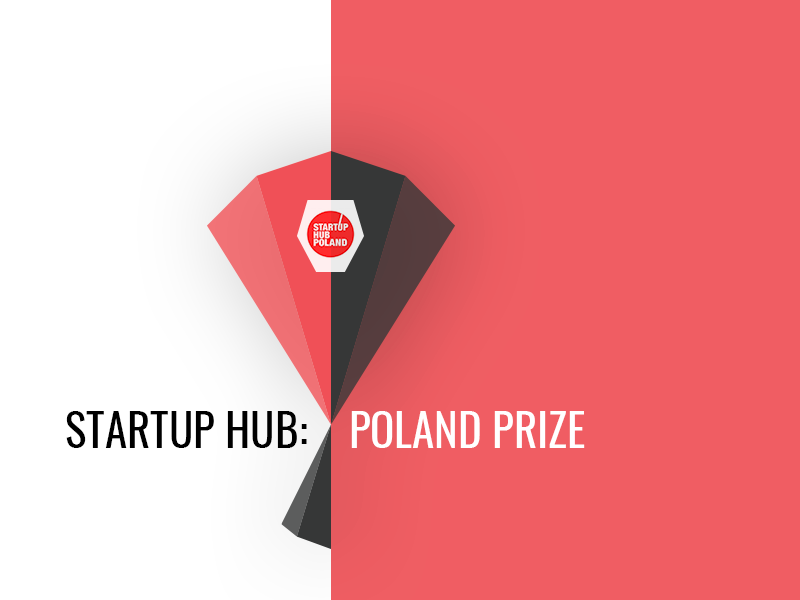 It is our core priority for 2019-20 years to develop strong presence on European markets, and definitely Poland is one of the most attractive regions for us. Especially due to the fact that we found the right partner for that.

“Startup Hub supports us in a totally unique way and helps us entering the market with 38 millions of population, which has enormous commercialization potential and R&D culture. We believe our cooperation may become a new chapter especially due to growing startup and VC ecosystem in the country” – Alex Bondarenko, Founder & CEO of Discoperi.

Startup Hub: Poland Prize is a program, managed in strategic partnership with Polish Agency for Enterprise Development and supported by the Polish Oil & Gas Company (PGNIG)

Previous post Everything you wanted to know about Discoperi: Q&A with CEO
Next post Discoperi recognized as “The Best Global Road Safety Technology Company 2018”.

Try your luck! Complete all steps of this short questionnaire and get a chance to win a trip of a lifetime. Be sure to provide accurate data for all questions. It’s a mandatory condition required by the terms of the contest.

Completing the form you agree to all terms of use of the contest.

Last week, we attended one of the most important events in the blockchain community — The World Blockchain Summit arranged by Trescon in Singapore. The conference represents a series of elite events that take place around the globe including UAE, Kenya, Germany, Singapore, Slovenia, Malaysia, Saudi Arabia, Taiwan, Indonesia, Japan, China, and more.

This time, the event brought together over 1000 participants among blockchain enthusiasts, technology experts, investors, and startups from about 20 countries.

Along with the insights from gaming, finance and technology industry, the summit also included a unique platform for blockchain-powered projects — a regional event of the ​Startup World Cup. It is a global startup competition powered by Fenox Venture Capital that is organized in different regions to supporting and encouraging the world’s most prominent entrepreneurs. Fenox Venture Capital is a Silicon Valley-based global VC firm and has already invested in over 120 companies.

The Fenox Venture Capital gives startups the opportunity to grow the business, find new partnerships and assists in developing the global strategy. Last time, the main prize went to Leuko Labs — the finger-based test that takes a minute to evaluate white cell levels.

At the World Blockchain Summit, startups had a chance to share their vision and products with investors in a short pitch and win a chance to participate in the grand finale for a US $1,000,000 prize. 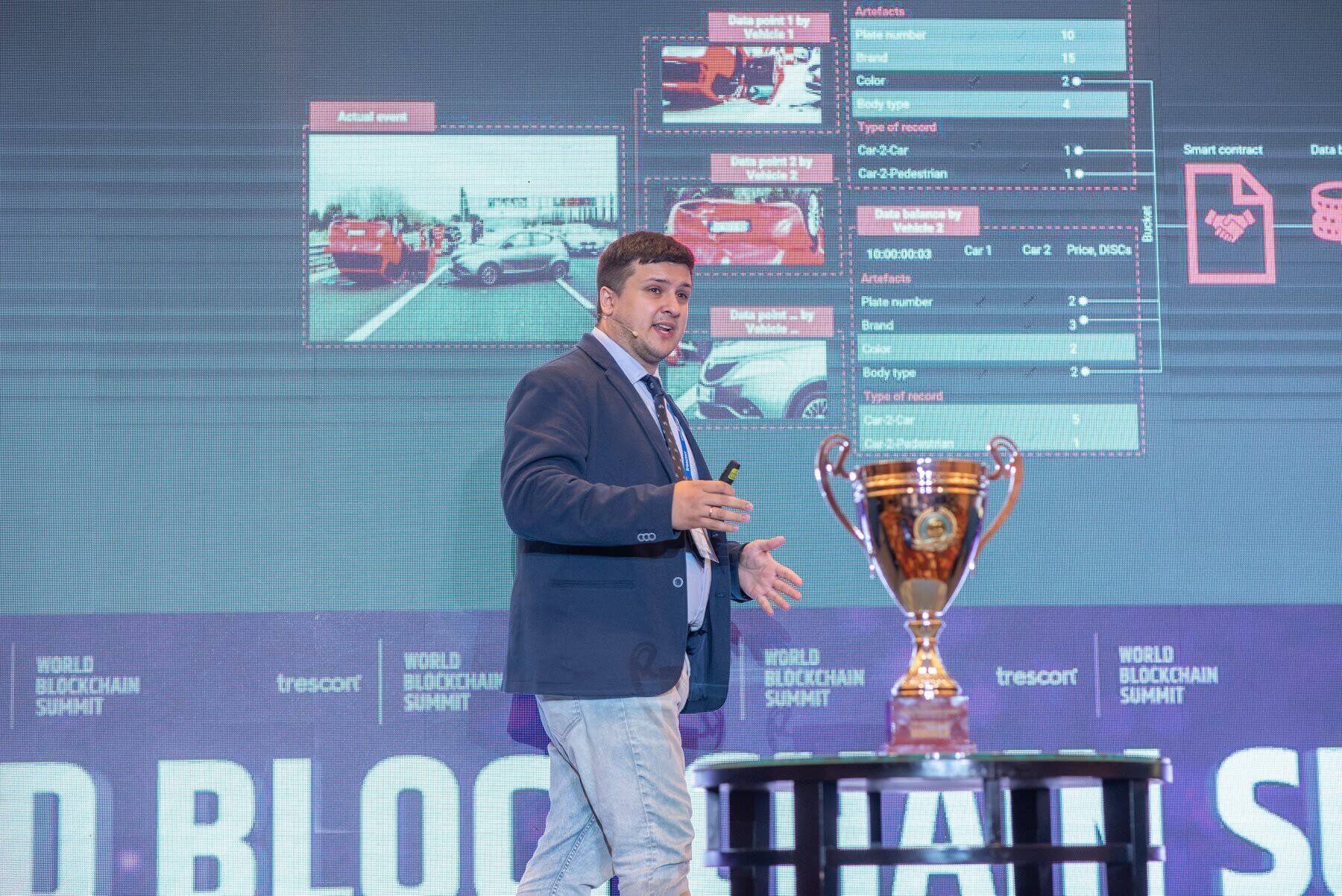 Projects shortlisted by the organizers of the Startup World Cup delivered their pitches to the panel of judges but only one could gain the cup. Discoperi CEO Alex Bond showcased System ‘Eye’ presenting how a tiny IoT device can predict and prevent car accidents using evolving AI algorithms, big data, a blockchain-based network protocol and the decentralized network of connected vehicles (DNCV).

Along with founders of other innovative startups (Bluenote, Clarity, Fuergy — to name a few), Alex Bondarenko was waiting for judges to reveal its final decision. Our competitors were all worth winning as well but this time we got the cup, the claps and victorious confetti on the stage.

Alex became the regional qualifier for the Startup World Cup and is going to attend the Grand Final in San Francisco next year.

“I shared my vision of the current situation in the automotive industry presenting publicly available statistics on the car accidents worldwide, GDP changes, and the value of vehicle data that is used only by OEMs. I truly believe that we should set the focus solely on the drivers’ safety. With System ‘Eye’, we can avoid numerous car accidents that happen every day — anything from a scratch to a fatal scenario. I’m happy that the judges fall in with our views and desire to make a real impact.” 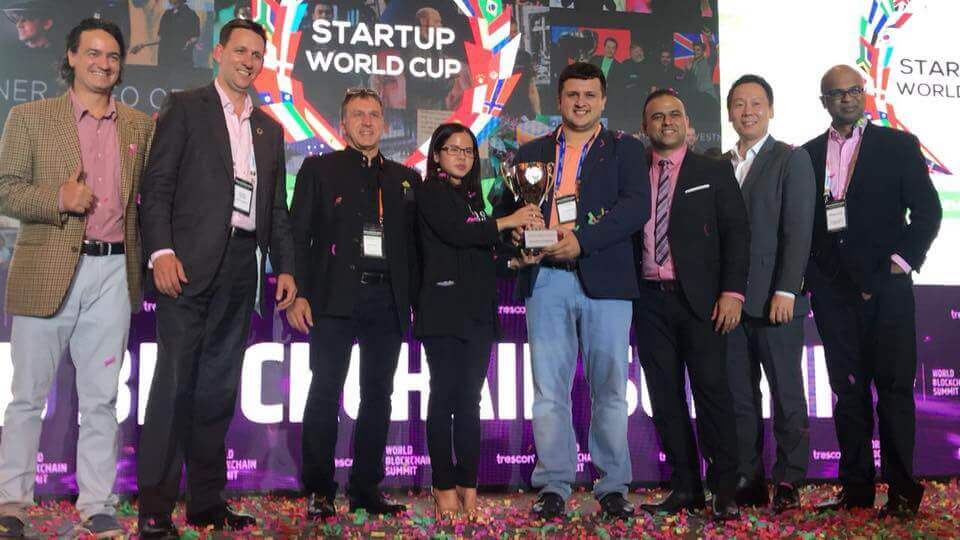